Emirates Old Trafford is delighted to announce that it has been selected to host the prestigious Asian Media Awards on Friday October 29, 2021.

This year marks the first time that Emirates Old Trafford’s award-winning conference and events venue will host the industry-leading awards ceremony dedicated to highlighting the talent, drive and innovation of professionals who excel in the British Asian and mainstream media.

Established in 2013, the Asian Media Awards is now in its ninth year and it continues to highlight the ground-breaking work of reporters and producers in reporting on issues affecting race relations and human rights.

This year’s event will see 23 award categories recognised across journalism, radio, TV, print and online, marketing and PR and live production, with the official shortlist announcement to be made on Monday September 20.

Previous recipients of an Asian Media Award include Channel 4’s Krishnan Guru-Murthy and Fatima Manji, Naga Munchetty and Faisal Islam at the BBC and a host of other household names, such as Waris Hussein, Art Malik, Mehdi Hasan, Nina Wadia, Anita Rani and Shobna Gulati. 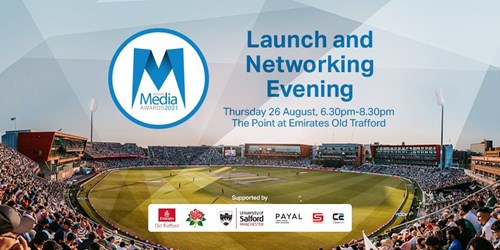 Historically known as one of the UK's leading international cricket stadiums, a £60m redevelopment in recent years has led to a new era at Emirates Old Trafford, with a host of award-winning facilities, including a four star 150-bedroom Hilton Garden Inn on-site, making it one of the most all-encompassing venues in Manchester.

Commenting on the event, Liz Cooper, Partnerships Director at Lancashire Cricket, said: “The Asian Media Awards has established itself as one of the most prestigious and best-supported media ceremonies in the UK and we are honoured the organisers have placed their trust in Emirates Old Trafford to host this year’s event.

“After 18 months of digital events, including last year’s Asian Media Awards ceremony, we know there is a huge amount of excitement at the prospect of gathering so many people face-to-face and the team at Emirates Old Trafford can’t wait to provide a first-class experience for this year's attendees.”

Arif Asif, Event Manager at the Asian Media Awards said “We are proud to be hosting our 2021 ceremony at Emirates Old Trafford.

“It is a much sought-after location for high-profile events in Manchester. We are sure the team at the Emirates Old Trafford will assist us in helping to make this, our first live ceremony since 2019, a memorable one.”

In 2019, Emirates Old Trafford hosted the biggest match in world cricket between India and Pakistan in the ICC Cricket World Cup. Since then the Club has looked east with Lancashire travelling to Mumbai for a pre-season tour in February 2020 and then signed international batsman Shreyas Iyer for the Royal London Cup competition. India travel to Emirates Old Trafford in September for the fifth and final Test Match of the summer, where they'll take on Joe Root's England side. 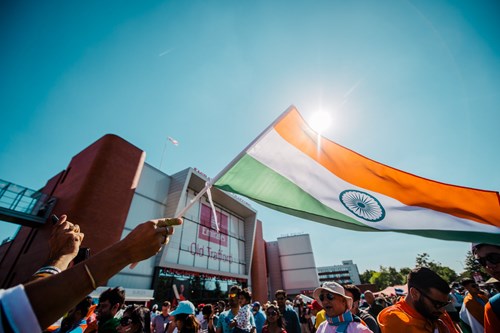 As well as providing the venue for the awards evening, Emirates Old Trafford and Lancashire Cricket are proud supporters of the Asian Media Awards alongside premier event partners, The University of Salford, and ITV, MediaCom, Manchester Evening News, and Press Association Training.

To find out more about the Asian Media Awards visit asianmediaawards.com.