There are less than 50 days to go until the world’s best cricketers, hottest music acts and amazing food hit Manchester, as Manchester Originals and The Hundred return to Emirates Old Trafford for the sporting and entertainment event of the summer.

The first year of The Hundred proved a big hit with families and young people in particular relishing the mix of fast-paced world class cricket with music and family entertainment off the pitch.

The off-field Entertainment will include BBC Radio Manchester’s DJ Roesh returning as host for the home games, whilst an all-star music line-up curated by BBC Introducing will soon be announced. Fans can look forward to a full family day out, with a host of street food on offer, as well as a kids zone for the team’s younger supporters.

Originals have a teeming roster of talent for their second year, led by Manchester-born pace bowler Kate Cross and explosive batter Jos Buttler. Cross made history last year as she hit The Hundred’s first ever six and took 12 wickets, whilst Buttler will be looking to imbue his World Cup winning pedigree into a men’s team packed with distinguished talent.

Early bird tickets for Manchester Originals home games start at £12 for adults and £5 for under 16s, with early bird set to end 20th June. Already, more than half of the ticket allocation for the high-demand event has been sold out. 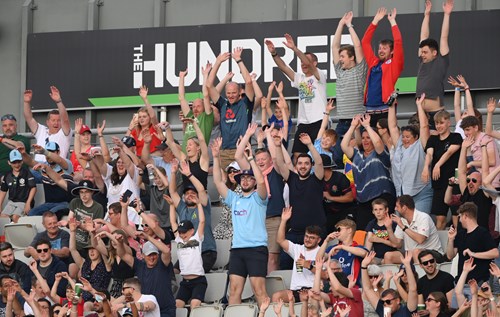 Kate Cross, Manchester Originals’ Women’s captain, said: "There were standout moments across both the women’s and men’s games last year, as we set out the stall for how we want the Originals to play. We’ve got immense talent in both squads and if we perform at the level we know that this group is capable of, there’s nothing that can stop us from going all the way.

“The Hundred presents a huge opportunity for our game and it’s going to be a fantastic summer, with something in there for everyone no matter your age or background. I can’t wait to get back out in front of the fans at Emirates Old Trafford to do it all over again.”

Jos Buttler, Manchester Originals men’s players, said: “The Hundred was absolutely brilliant last year. We saw some world class cricket on the pitch and it was amazing to see so many fans packing out Emirates Old Trafford to cheer on both sides.

“We’ve got a great mix of international quality and local talent in both our squads and we are really looking forward to playing some exciting cricket and hopefully inspiring the next generation along the way.”

DJ Roesh, who will act as DJ for all of Manchester Originals’ home games, added: "I’m buzzing to have been invited back as the DJ for this year’s games. We took the roof off in The Hundred’s first year, the atmosphere was something else. As someone who was raised right next to Emirates Old Trafford, to be at the centre of it all is quality. You can already feel a buzz in the run-up - I can’t wait to set the soundtrack for year two of the Originals.”