Buttler, Cross and Ecclestone among stars re-signed by Manchester Originals for The Hundred

Some of the world’s best cricketers are returning to Emirates Old Trafford this summer as Manchester Originals reveal which players they’ve re-signed for the second edition of The Hundred.

Manchester Originals men retain 11 players from the squad including England stars Jos Buttler and Ollie Robinson as well as plenty of home-grown talent with Phil Salt, Tom Hartley and Matt Parkinson all re-joining the side this summer.

The Hundred returns in August, mixing fast-paced, world-class cricket with family friendly music and entertainment off the pitch. This year there will be even more activities to entertain families inside Emirates Old Trafford.

Sophie Ecclestone said, “The Hundred is such a cool competition to be involved in and I’m thrilled to be taking part again with Manchester Originals. We were really getting into a groove in the back end of the competition last year, so we have nothing but high hopes for this summer.”

However, these are not the only names joining the men’s team this year as for England cricketer and World Cup Winner Sarah Taylor has joined their coaching staff. 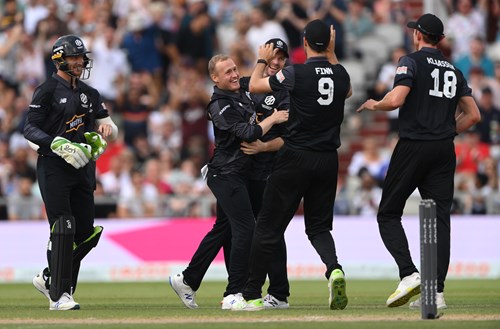 Sarah Taylor said: “I’ve been really enjoying my coaching journey these past few years - I’ve found my passion and passing on some of my knowledge has been incredibly rewarding. I loved being part of the first year of The Hundred and I’m delighted to still be part of it.”

Get behind Manchester Originals with your friends and family when The Hundred returns to Emirates Old Trafford. Tickets go on sale to Lancashire members today, and to last year’s ticket buyers from tomorrow. People who didn’t see the action for themselves last year can sign up at thehundred.com to be first to hear when tickets go on-sale.