Behind closed doors with Steve Davies

Catch up with Operations Director, Steve Davies, who shares his experience of starting a new role in a global pandemic, and being one of the first sporting venues to host an international game. Read the full interview below ⬇️ 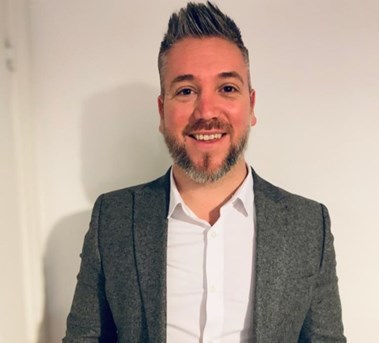 But this time it’s different for the former General Manager of London attraction Madame Tussauds, who started his new role at Emirates Old Trafford in early April.

After 15 years working with visitor attraction company Merlin Entertainments, Davies has been thrown in at the deep end as he is tasked with helping to deliver the bio secure environment that will soon bring international cricket back into our living rooms.

Emirates Old Trafford will host the second and third Tests of the forthcoming three-match #RaiseTheBat series against the West Indies. The operation is already in full swing. The tourists are currently using Lancashire’s home, which all importantly has a 150-bed Hilton Garden Inn Hotel on site, as their training base before relocating to the Ageas Bowl for Wednesday’s first Test. They, along with England, will then return to Emirates Old Trafford for the second and third Tests of the behind closed doors series on July 16 and 24.

“I’m three months into the job,” said Chesterfield-born Davies. “I was at Merlin for 15 years, which has 140 visitor attractions worldwide. I did nine years at Alton Towers, three at Chessington World of Adventures as Operations Director and was then General Manager at Madame Tussauds in London.”

Cricket lover Davies agrees with the suggestion of being thrown in at the deep end, though he is not fazed by the “challenge” he and his team of Red Rose staff have been handed.

“The positive side is it’s fast-tracked my learning,” he continued. “Normally when you start a new role, you take a bit of time to see things happen. But with this, I didn’t have any choice but to sit and read every document going to learn as much as I could. That’s no bad thing.”

Davies has been staying on site at the Hilton, and has been one of very few to witness live cricket during the last fortnight as the West Indies played out their intra-squad warm-up games.

“It’s slightly eerie, but it’s great to have some sort of cricket back,” he said, describing the ‘new-look’ Emirates Old Trafford as “different”.

That includes award-winning space The Point being turned into an entertainment hub for those staying on site.

“We have golf simulators in there, table tennis, pool tables, basketball hoops, arcade machines and giant screens for Sky Sports. It all sounds great, but next to every bit of kit there are gloves and sanitiser machines. Even fun has been made safe, and rightly so.”

The knowledge gathering and sharing has been one heck of an operation in itself for the club whose successful hosting of the One Love tribute concert following the Manchester Arena bombing in summer 2017 has given them experience of delivering such a high-profile event.

“We had to submit an application for hosting the Test, and that concert was a significant part of it,” said Davies, who has also spoken to football contacts dealing with bio-secure venues in Germany’s Bundesliga and England’s Premier League. There’s a lot of people still here who were part of that event and can demonstrate experience and composure. It’s been referred to quite a lot.”

There will be a maximum of 300 people on site at any one time during the Tests, including brief visitors such as delivery drivers, although Davies expects that figure will not be met. Not all will have to stay on site, though many will use the Hilton Garden Inn and a local hotel, which the club and the ECB have booked out. All visitors - except for brief visitors - will have to be Covid-19 tested and remain in their allotted zone, of which there are three.

“The number one, key, zone is the Green Zone,” explained Davies. “This is where the match officials go - players and umpires. Around that we have the Orange Zone. That’s for other operational workers. Myself, for example. But we wouldn’t get access to the Green Zone. Then the Red Zone is for things like food deliveries. They would still go through a screening process, but that’s for people on site for a very short period. That’s the outer rim of the site.

“The hotel is a mixture of Green and Orange. England will have their own floor, the West Indies will, and then some of the broadcasters, ECB staff and the likes of myself and our chief executive Daniel Gidney would be on another floor. All three floors don’t interact, and there are one way systems in place and separate eating areas.

“We’ve taken a decision that we want to maintain a two-metre social distancing policy within all zones.”

Davies has praised the West Indies squad for their co-operation over the last three weeks or so, and is confident Lancashire will look back on this summer with significant pride in the future.

“To be part of such a momentous occasion - the first international sports fixture during the pandemic - is something we should be proud of,” he said.

“The work is intense on a daily basis, but it’s 100 percent worth it. We’ve worked in close conjunction with the ECB throughout, and they’ve been brilliant. You can’t underestimate the amount of work that it’s taken from everyone at the club too, it’s been a phenomenal effort from all involved.

“It’s just great that Lancashire Cricket and Emirates Old Trafford is playing our part in the return of international cricket, and we’re all looking forward to it getting underway.”

So, back to Davies’ previous role at Madame Tussauds, where most exhibits were naturally socially distanced before social distancing was even a thing.​

“We’ve had Virat Kohli, Sachin Tendulkar and Brian Lara there. They just didn’t move as much!” he laughed.